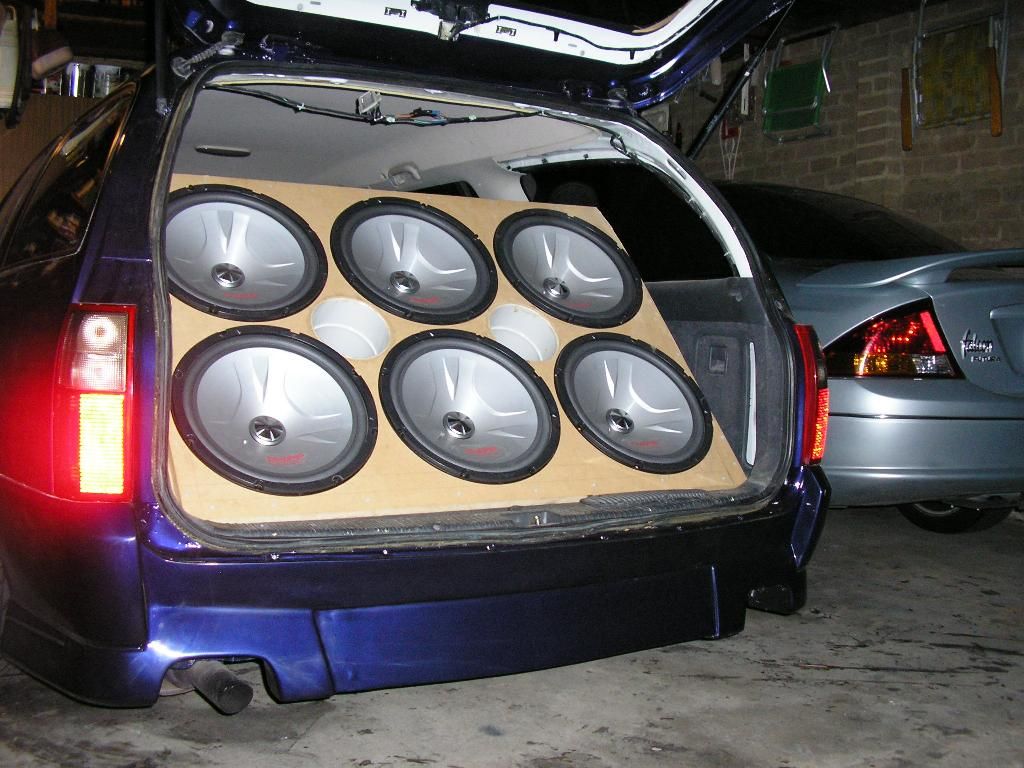 The majority of automotive amplifiers have a function known as “bridging” or “bridge mode.” With the help of this feature, two comparable channels can be combined to create a mono amplifier with a high output power.

The process of bridging involves fusing the positive signal from one channel with the negative signal from another channel. With this, the output of each channel across a 2-ohm load is increased by two ( the maximum wattage the amp can produce). Bridging hence boosts the power potential of your system. The power needed to power one loudspeaker is then added without raising the amp’s total power output.

Do you need to replace or improve the audio system in your car? If you wish to connect it, you’ll probably need to bridge an amplifier. However, a monoblock amplifier cannot be bridged. This is thus because a Monoblock only has one channel, whereas bridging joins two or more channels. One subwoofer is typically powered by two channels, whereas two subwoofers are typically powered by four channels.

To bridge an amplifier, you’ll need opposing channels. Technically, in order to drive a large load impedance for maximal voltage transfer while bridging an amp, a low source impedance must be used.

To see if you can bridge an amp, you must first be aware of a few factors and keep an eye out for them. Remember that bridgeable amplifiers include an inverted channel to facilitate bridging. The inverted channel generates a voltage that is used to power the standard unbridged channel at the opposite polarity.

The following situations should be avoided when connecting your amplifier: Bridge only amps capable of handling the additional power load. This is due to the fact that bridging generates roughly four times the power compared to when it isn’t bridged. Additionally, avoid bridging an amplifier whose speakers cannot support the added power load. Additionally, as an amplifier’s impedance is already half when operating below its minimum stated impedance, please avoid doing so to avoid overheating the amp if it is not designed for it. Additionally, avoid bridging an amp that has already been bridging.

Finally, before bridging, always refer to the amp’s manual and pictures. You’ll find it simple to understand how to proceed as a result.

The minimum specified impedance from one of a multi-channel amp’s channels has low bridged stability, which is higher than that value. For instance, a four-channel amplifier with a minimum reported impedance of 4 ohms if bridged and a stable channel impedance of 2 ohm. But the truth is that, when bridged, the majority of amplifiers are only stable at a 4 ohm load.

By using the same power supply without the requirement for a DC-blocking capacitor, bridging an amp saves you money, space, and power at low frequencies.

However, there are drawbacks to bridging as well. Because of the decreased impedance, the amplifier may be unable to produce the required current, resulting in harsher mids and a higher likelihood of distortion. Make sure you have high-quality equipment to prevent this because some amplifiers perform well when bridged and operating as a monoblock. Additionally, the quality is greatly enhanced.

Methods for bridging a two-channel amplifier

Know how your amplifier is set up. 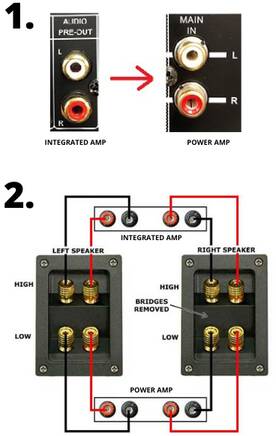 Connect one speaker to the amplifier.

How to bridge a four-channel amplifier. 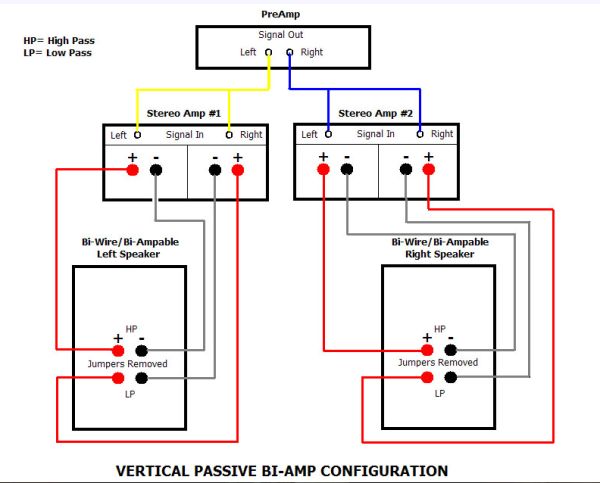 Know how your amplifier is set up.

It’s wise to determine whether you can bridge your four-channel amp first, similar to the two-channel amp. Consider all the safety considerations, but most importantly, adhere to the instructions and illustrations in your amplifier’s handbook.

Then, learn the layout of the amplifier. There are two terminals on each of the four channel amp’s eight terminals.

Join the amplifier to the front speaker.

Join the second speaker to the amplifier.

Similar to the first approach, take the second speaker’s wires and attach the positive lead to terminal E (the third channel’s positive), and the negative speaker lead to terminal H. (the negative on channel 4). Then join the amp’s speaker wires. The power output is raised as a result.

In conclusion, there are some circumstances when bridging will benefit your audio system and others where it won’t. It’s not necessarily useless to have an amplifier without the bridging feature. You can look for a less expensive crossover with a bridge or monoblock setup or an older electronic crossover. Make sure the old crossover has a channel-specific adjustable phase. Next, you must adjust one of the two channels to be 180 degrees out of phase in order to simulate an amplifier being bridged. If you are worried about doing the bridging yourself, you may always ask a professional for help.